Five artists and architects were commissioned to create a new artwork to be exhibited on a disused billboard on a busy high street in North London from September – November 2013. 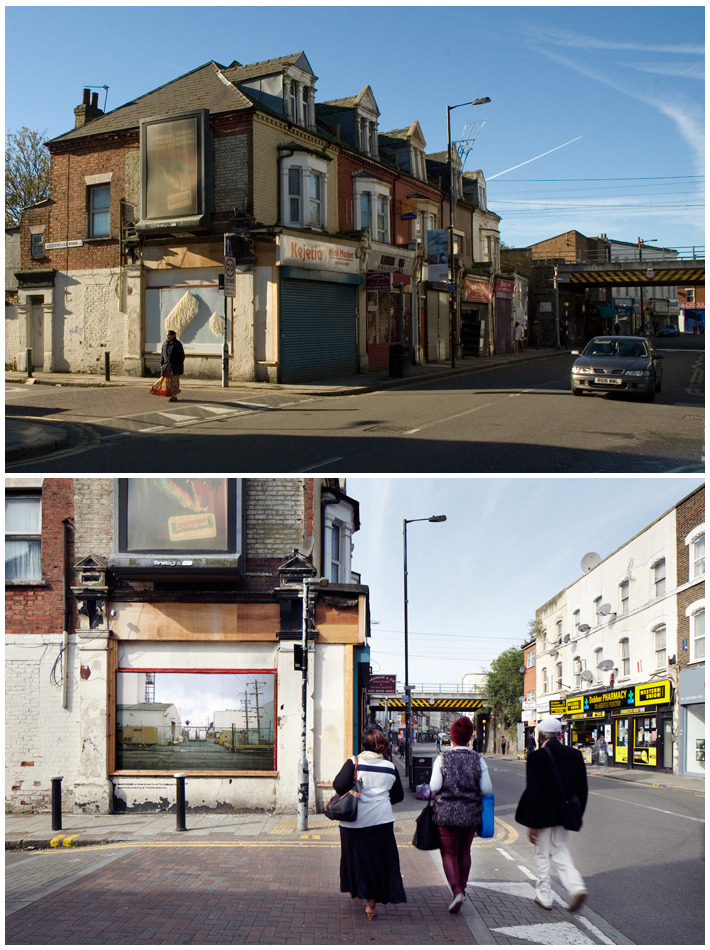 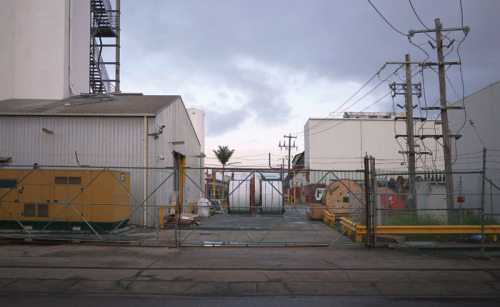 Tottenham, Victoria, Australia, zip code 3012 has a total population of 0 (2011 Australian census).
Tottenham 3012. A suburban island, 2.1 square kilometres in area, bound by major roads but with no way through its centre. One usually encounters it from the edge, passing along its periphery. For those who venture into its dead end roads a world of machinery, trucks, fencing, muddy pot holes, smells, dust, containers, tyre tracks, weeds and big skies appear.
With European exploration and settlement of Australia, new place names were created often disregarding existing aboriginal names. Tottenham, Victoria was very likely a transplanted name used by the early settlers and explorers to remind them of home. It is surely no coincidence that its name was chosen due to Tottenham, UK being characteristically a place of hard work, with many industries and factories inhabiting it. Such little information exists on Tottenham UK’s twin, in comparison to its immediate surrounding Melbourne suburbs. Does such a lack of information suggest an attitude of unimportance to this suburb, an unworthiness of having its history recorded? Could it be due to an absence of a population? 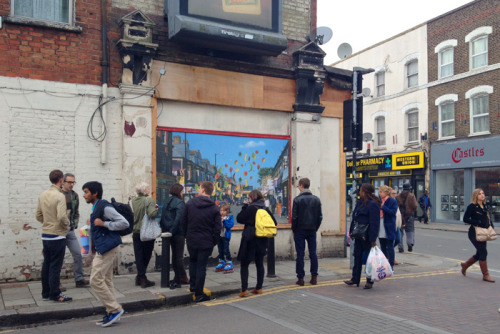 Artist Pippa Connolly visited the Haringey Archives at Bruce Castle Museum to research her billboard image. The chosen photograph  is the only colour print in the West Green Road photographic collection held at the Archives and was taken in 2002 by Deborah Hedgecock, Curator, Bruce Castle Museum. From her time at the Archives and visits to West Green Road, Pippa became particularly interested in the many shops selling fresh fruit and vegetables from around the world and was keen to celebrate them through her image. The produce used in the final image was bought from the shops on West Green Road where the original photograph was taken.
Many thanks to Deborah Hedgecock and the team at Bruce Castle Museum for their support in developing this work. 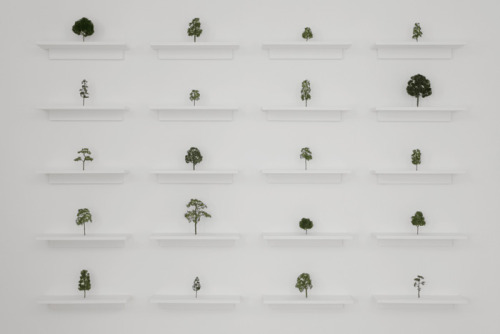 Taking inspiration from the world of model railways, Robert Crosse’s work depicts a wall of shelves, each containing a single model tree. The trees allude to both an attempt to control time and the desire to be in charge of the world around you.
Many thanks to Hornby who sponsored this work by providing the model trees. 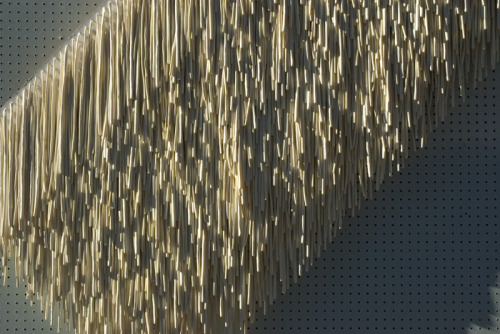 In 1802 Luke Howard, a Tottenham resident, wrote an essay entitled ‘On the Modification of Clouds’. In this essay Howard proposed a novel and elegant nomenclature system for clouds, distinguishing three principle categories: Cirrus, Stratus and Cumulus.
His writings transformed the science of meteorology and his simple classification system, derived from Latin terminologies, is still in use today. Cumulus clouds are a genus-type of low-level clouds. Their name comes from the Latin ‘Cumulo’ which means  ‘heap’ or ‘pile’.
Rosie’s sculptural installation ‘Cumulus’ draws on the Latin root of it’s nomenclature, offering a re-visualisation of its naming: A pile of white balloons is transformed through a simple process of accumulation, forming the shaggy ‘pile’ of a cloud-like carpet. A flying carpet, unfixed and impermanent.
Howard lived at 7 Bruce Grove, not far from the Billboard. Today there is an English Heritage blue plaque bearing his name and his enigmatic achievement: “Luke Howard, ‘Namer of Clouds’, lived and died here”.